If you have been in touch with investing or cryptocurrency across the past decade, you would have heard of “blockchain” – the technology behind the network for Bitcoin. With its decentralized nature, this technology has been a game changer for business opportunities in terms of enhanced security, transparency and traceability.

The use of tokens, among other factors, has played a significant role in the success of blockchain technology. If you are a newcomer in the crypto space, don’t be overwhelmed by all the terminology. In this article, we will be exploring more about security tokens and utility tokens to make these terms more understandable for you. We will tackle the roles of the tokens and understand their differences.

The Basic Concept of Tokens

This is pretty much the same as how the Initial Public Offering (IPO) works for stocks. The difference is that for IPO, investors will receive stocks in exchange for the investment made, whereas for ICO and STO, investors receive tokens instead. In the future, investors can redeem their tokens to access the product or service of the company.

So to take it a notch deeper, a token represents a programmable asset or access right which can be redeemed by investors from the issuing company in the future. They are managed via a smart contract and distributed ledger. Smart contracts are basically computer protocols intended to automatically self-execute contracts between buyers and sellers, written directly into lines of code which appear in a decentralized blockchain network. This allows for a greater level of transparency.

The definition of token by William Mougayar – venture investor and author of “The Business Blockchain” – is the “unit of value that an organization creates to self-govern its business model, and empower its users to interact with its products, while facilitating the distribution and sharing of rewards and benefits to all of its stakeholders”. According to him, a main factors to consider with regards to the value of tokens is its role.

The value of a token increases when it fulfills more than one of the properties below.

The holder of a token earns certain rights to the company. This includes the right to product usage, governance action and voting. For example, voting rights to affect the decision making of which projects get funded and which do not.

Tokens are essentially a unit of value exchange, allowing buyers and sellers to trade value within the ecosystem. Certain features allow users to do certain work (such as sharing data) which allow them to earn value and spend them on services which are internal to the ecosystem. Thus, tokens fulfill the important task of creating and maintaining internal economies.

Tokens are used as a store of value. They can be used as an effective payment method for conducting transactions. The key point is to enable frictionless transactions with the use of tokens. Companies can enjoy a lower barrier for processing transactions as well as save on the cost of traditional transaction settlement methods.

Similar to paying the toll to access the freeway, tokens can be paid for access to blockchain infrastructure. This can be seen in the case of Golem where users need to own golem tokens to access benefits of the Golem supercomputer.

Be it profit sharing, benefits sharing or others, tokens play an important role in the equitable distribution of benefits among investors.

A utility token can be seen as a form of digital coupon given out during an ICO which enables special access to the products or services of a company in the future. A great example can be seen in Filecoin – an open-source cryptocurrency digital payment system and decentralized storage network – who raised 257 million USD through token sales. The utility tokens given out allowed their investors to access Filecoin’s decentralized cloud storage platform.

It is pretty straightforward but it should be noted that utility tokens of a company are to be used on the products of that particular company. For example, a Grab token could be used for the  payment of a Grab ride but not for the ride from another e-hailing company. If users would like to use their Grab token on a different product, they would need to exchange their token against fiat money or cryptocurrency like Bitcoin or Ethereum.

How Does an ICO Work

ICOs by which utility tokens are given out have gained popularity over the years as a method of raising capital. An ICO is essentially the cryptocurrency version of crowdfunding. Due to its open nature, ICO provides the most simple path whereby decentralized application developers can obtain their project fundings.

What typically happens is that a tech startup would develop a digital product or service and then initiate the ICO. How ICOs work is that the developer would first issue a limited amount of tokens. This provides a goal for the ICO to meet, and upholds the value of the tokens. The price of the tokens can either be pre-determined or allowed to float depending on the demand of the crowd sale.

The transaction is simple and straightforward. For the case of Ethereum, a person who wants to buy tokens will send a specific amount of ether to the address of the crowd sale. Once the transaction is verified, he/she will receive the corresponding amount of utility tokens. Overall, an ICO is said to be successful if the majority of the tokens are not owned by a single entity, meaning that it is well-distributed.

The value of security tokens are derived from external tradable assets such as stocks. This means that the buyer of a tokenized version of the stock will obtain the same rights as that of the buyer of a stock from a traditional stockbroker. This essentially includes voting rights and profit share. The difference is that security tokens come in a digital form, with the legal ownership of the asset having been verified within the blockchain.

Since security tokens are basically investments, dividends are distributed to token holders whenever the issuing company earns a profit in the market. This is done in the form of additional coins. In terms of ownership, blockchain offers a platform which is used to create a voting system. This allows investors to exercise their rights to the decision-making of the company.

The issuing company is required to provide investors with complete information about the company regarding its financial records, board members, etc. The company is also unable to issue security tokens to anyone anonymous because Know Your Customer (KYC) and anti-money laundering laws are to be strictly adhered to in the process of security token ownership transfer. This additional regulation adds to the safety of STOs, making them less vulnerable to misuse and fraud.

The main regulations security tokens are subject to include:

The Howey Test was created by the U.S. Supreme Court with the purpose of determining if certain transactions are qualified as investment contracts. It is the standard methodology to ensure that a thorough and consistent way of determining so is in place.

The test basically questions whether the value of a transaction for one participant is dependent upon another’s work. A transaction is deemed qualified as an investment contract if a person invests his/her money and “expects profits solely from the efforts of the promoter or a third party”.

Therefore, if a cryptocurrency token is able to pass the Howey Test, it can be successfully deemed a security token. The issuing company will then need to be subject to regulations under the Securities Act of 1933 and the Securities Exchange Act of 1934.

The crowdfunding regulation allows a startup to raise up to $1.07 million from non-accredited investors. This is the easiest method of conducting STO. While it may not be much, it can be what startups need to get a kickstart. It should be taken note that security tokens offered under the crowdfunding regulation are not allowed to be traded on secondary markets for a period of 12 months.

This regulation offers a few exemptions for startups. According to Rule 506(b), companies are allowed to raise an unlimited amount of funding. This can be sought from both accredited and non-accredited investors but non-accredited ones are limited to 35 in number. However, general solicitation is not allowed but rather funds are to be raised through personal connections.

According to Rule 506(c), the difference is that general solicitation is allowed but only open for accredited investors. Whereas according to Rule 504, investors need not be accredited while general solicitation is allowed with limitations. Overall, all exemptions come with resale restrictions in that the tokens are not allowed to be freely traded on secondary markets.

This regulation is for security offerings in countries outside of the US, allowing for companies to solicit capital beyond the US. Companies are able to raise an unlimited amount of funding and investors need not be accredited. The company also does not need to be registered in the US in order to use Regulation S.

Since STOs are regulated public offerings, the question that would arise then is, what is the difference between an STO and the IPO? What are the reasons why a company would opt for a security token offering over the traditional initial public offerings?

IPOs are naturally the go-to option for established companies when it comes to raising capital, due to the reliability and reputation of being around for such a long time (the first modern IPO took place in the year 1602). However, many industry insiders believe that the rise of STOs can be a disruption to IPO markets.

A main benefit of STO is the lower barrier of entry offered. STOs are regulated offerings like IPOs, which means that issuers need to bear the cost of compliance to legal frameworks, like in the case of IPOs, including fees to lawyers and advisors. However, the charges of STOs are much lesser because for an IPO, the issuing company will need to go through other intermediaries like investment banks and brokers that come with high fees which can be avoided in the case of STOs.

STO campaigns are estimated to cost 40% less than IPO campaigns. This is mainly because they are carried out digitally on a decentralized blockchain network. Greater effectiveness of sales and exits help to decrease intermediary fees thanks to the use of Smart Contracts. This thus also results in a more transparent access to the investor base.

Furthermore, while IPOs typically are not open to foreign investors, STOs on the other hand are not limited to a specific region or area, giving an advantage of a larger investor pool to the issuing company. Investors simply need to have an account on the STO platform to participate, regardless of where they are at. Essentially, STOs are borderless.

STOs also allow for fractional ownership, so assets can be fractionalized into smaller units. This basically means that investments can be available at a more affordable rate. This is attractive for investors on a minimal budget.

While some companies hold back on ICO because of the uncertainty or lack of regulation, and some companies hesitate on IPO due to the higher cost and complexity, perhaps STO is the way to go for them.

Tokens play a great role in the crypto space and we should be expecting a greater use of these tokens in the years to come. Lastly, we hope that you have gained a better understanding about security tokens vs utility tokens through this article. 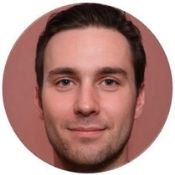 With over 10 years of experience working as a financial analyst, Eric is highly aware of the potential of cryptocurrency, particularly Bitcoin, and the impact it will bring towards the global economy. He is committed to share everything he knows about crypto here at Crypto Digest News.