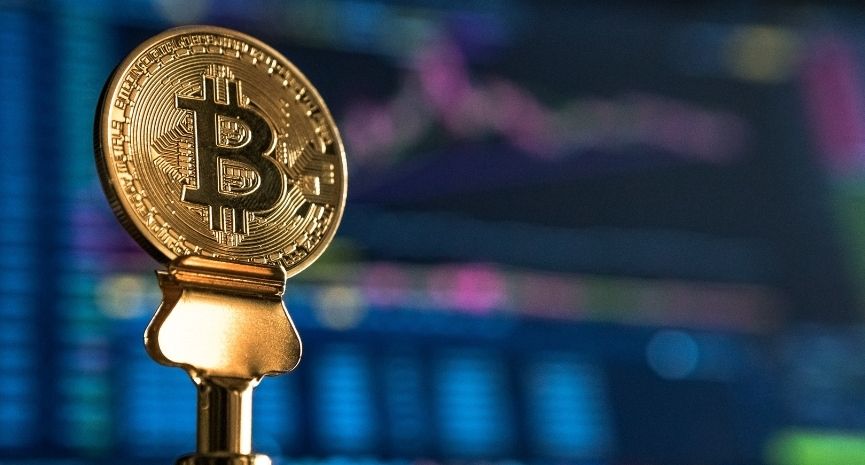 The term “whale” is typically used to describe big time cryptocurrency holders. In this article, we will be looking specifically into Bitcoin whales and cover what you need to know about them.

All You Need to Know about Bitcoin Whale

“Bitcoin Whale” is a term used to describe an entity that holds a large number of Bitcoins such that they have the potential to manipulate the cryptocurrency valuations. The entity could be an organization, body or individual. The term “whale” is used because whales are the largest creatures in the ocean.

By their movements, they are able to disturb the waters in which smaller fish swim. Similarly, the extensive holdings of Bitcoin Whales can affect smaller traders in a matter of just a few transactions.

The concept follows the Pareto principle, also known as the 80/20 rule. According to the Pareto principle, coined after Vilfredo Pareto, 80% of consequences come from 20% of causes. This asserts that there is an unbalanced relationship between inputs and outputs. Similarly, this is seen in that the top 20% of bitcoin holders have over 80% of the Bitcoin value in USD.

This can be a problem when the concentration of Bitcoin in the account of Bitcoin Whales remains stagnant. If it simply sits unmoved in their account, this can lower the liquidity of the cryptocurrency and thus increase price volatility in turn.

This is because the accumulation of Bitcoin in their account means that the circulation of Bitcoins are reduced, resulting in less orders to absorb market fluctuations, causing prices to be more volatile.

On the other hand, it can also be a problem when a Bitcoin Whale moves a large quantity of Bitcoin at one go. For example, if they try to sell off a large amount of Bitcoin, due to the large transaction size, other market participants will notice this and may try to sell off their Bitcoin as well, resulting in a fire sale – a situation referring to the selling of the cryptocurrency below the market value.

This act by a Bitcoin Whale creates grounds for speculation among smaller traders, which can result in market distortions due to price changes that are not based on underlying fundamentals.

Recently, the number of whales on the Bitcoin market have been on the rise. This rise has been at a steady rate since Bitcoin’s halving. According to data by Glassnode, as of November 2020 there have been more than 1,900 Bitcoin whale clusters who own above 1,000 bitcoins.

You may be wondering, where did these new whales come from? Or more specifically, where did their sudden wealth come from? Well, much of this recent increase is actually attributed to wealthy entities that have withdrawn their Bitcoins from exchanges. This means that it is not actually new wealth but simply a change of medium by which Bitcoin whales choose to hold their coins.

According to Glassnode, we cannot pinpoint a single explanation to why the large players have chosen to withdraw their bitcoins from exchanges, but perhaps it is to hodl in expectation of the next bull run. To hodl basically refers to the holding of cryptocurrency rather than selling it – a slang in the cryptocurrency community.

The increase in Bitcoin whales suggests that a great number of investors expect price to rise in the future. Luke Martin, Venture Coinist podcast host affirms this in his tweet that the rising Bitcoin Whale Index is a leading indicator for bitcoin price and bull markets.

A Bitcoin whale is typically identified as one who owns above 1,000 bitcoins. However, the top ones in the Bitcoin community own far more than that.

Satoshi Nakamoto is the name that published the paper Bitcoin: A Peer-to-Peer Electronic Cash System in 2008 which began the journey of cryptocurrency development. It is the identity which is given credit for the invention of Bitcoin. Until this day, nobody knows if this name belongs to an individual or a group.

A report by Whale Alert – a blockchain tracking and analytics provider and source – reveals that a miner known as Patoshi mined over $10.9 billion USD worth of bitcoin, making up around 1,125,150 bitcoin.

Through analysis, it is confirmed that Patoshi was in fact operated by the anonymous Satoshi because Patoshi’s cryptographic patterns emerge at the very beginning of the network and also included the first bitcoin transaction to Hall Finney – developer and early Bitcoin pioneer.

They are the publishers of a recent report The Case for $500K Bitcoin which asserts that the value of Bitcoin will hit $500,000 per coin and it is just a matter of how fast it will get there. With approximately 170,000 bitcoin in their possession, this places the Winklevoss twins among the top players in the bitcoin whale list.

The Legend of the BearWhale

Back in 2014, a notable incident took place where a Bitcoin whale decided to liquidate his entire position of 30,000 bitcoins. He put his bitcoins up for sale at $300 per unit. This stirred up the waters in the Bitcoin community as many traders and speculators were worried that there was a conspiracy behind it to lower the Bitcoin market price permanently.

However, traders pushed through and the bitcoin subsequently rose to $375. Despite the confusion and speculation, the community of bitcoin traders were proud of successfully fighting through the perceived bearishness and that the whale failed to sway the market.

It was revealed later that the reason behind the sale was for the whale to simply retrieve his capital gains and retire. Bitcoin traders then took it to social media, dubbing him as a “BearWhale”.

Discussions were later centred around why he would seek to sell off such a great sum of bitcoin below the market value. Some observers found it an immature way to liquidate such a large position, while others suggest that it could have simply been the quickest and easiest way to liquidate.

Sources say that the BearWhale now realizes that he could have made much more money if he utilized a better sell off strategy to liquidate his position.

Because of the sheer size of their cryptocurrency holdings, gives whales the potential to stir up volatility in the market through various strategies. As such, the smaller fish in the ocean are affected as well.

Buy and sell walls are often used by whales in an attempt to manipulate the prices of the cryptocurrency to their advantage. The concept is built on the way cryptocurrency transactions are made through an order book. The order book is the electronic list of buy and sell orders.

When traders specify the price at which they would like to buy or sell a given number of units of Bitcoin, their entry will be arranged in the order book according to the time and price.

For example, if a currency is trading for $100 per unit but I would only like to buy it at $90, I can place my order and wait for it to be activated once the price drops and my order is matched to a willing seller. The strategy of the whale is to initiate a large order.

For example, if the whale places an order to buy 10,000 units at $100 each. This strategy will effectively keep the price from falling because the huge number of units need to be sold off before reaching the next price on the order book. In this way, prices are artificially inflated.

The “rinse and repeat” trading tactic is used not only in the cryptocurrency market but in others as well. If timed correctly, this tactic can be a profitable one for the Bitcoin whale. It starts with the whale selling bitcoin lower than market price, which can potentially result in panic selling by smaller traders.

The Bitcoin whale then waits for the panic selling to play out until the bitcoin’ s price reaches a new low. That is when the whale swoops in to get even more bitcoin than before. Whales are not limited to individuals but can even be a bitcoin investment fund, providing greater capacity to carry out tactics like such.

Simply put, dark pools are private, non-public exchanges. Whales may not always buy and sell on the traditional exchange because their orders can cause high volatility in the market. Therefore, to offload or buy large amounts of bitcoin without announcing it to everyone, dark pools are where the whales go.

By trading on dark pools, anonymity is guaranteed. This will reduce the chance that other traders will speculate on the whale’s intentions. Jesse Powell, CEO of Ethereium dark pool noted that dark pool trading allows traders to make large orders without revealing their sentiment to other traders.

Furthermore, on mainstream exchanges, the order books are made available to the public. However, dark pools are private. Trades still have to be reported nonetheless, but perhaps the reporting may be delayed.

With over 10 years of experience working as a financial analyst, Eric is highly aware of the potential of cryptocurrency, particularly Bitcoin, and the impact it will bring towards the global economy. He is committed to share everything he knows about crypto here at Crypto Digest News.